The Top Gospel Artist of the Decade is back on top of the Billboard Gospel charts with his latest hit, “Thankful.” He has been nominated for a Grammy, has won many Stellar Awards, and has won a Billboard Music Award. Using his new album, titled BELIEVE AGAIN, JJ is reminding listeners of God’s greatness.

Since JJ Hairston’s installation as Senior Pastor of All Nations Worship Assembly DC, BELIEVE AGAIN is the first thing he has finished. For a long time, worship served as the inspiration for my artistic endeavors. As a pastor, I continue to worship, but I also see my primary role as one of education. Now days, every song is inspired by a concept or a verse of scripture. “I give a lot of thought to the message I want to convey with each song,” says Hairston.

Fans of JJ Hairston’s previous work will recognize some familiar elements in BELIEVE AGAIN, but the album also features a distinct eclecticism. The album’s familiar sound is given a fresh spin by the album’s divinely inspired, extremely accomplished co-writers and collaborators. The record serves as a gentle nudge to listen to what God has to say rather than the noise of the outside world. Faith is a decision, and we pray that this record will encourage listeners to make God their priority in life,” says JJ Hairston.

JJ and Trina Hairston are currently Campus Pastors for the Washington, DC campus of All Nations Worship Assembly (ANWA), where JJ continues his dedication to a higher purpose alongside his wife.

Pre-orders of BELIEVE AGAIN grant access to the exclusive instant grat track “Bigger,” which features Travis Greene and Donishisa Ballard. “I believe every thing you uttered” opens this hymn of faith. An anthem proclaiming that God’s plan for our lives is greater than anything we could ever imagine, “Bigger” encourages believers to keep their eyes on the prize. The upbeat song with its forceful lyrics and driving instruments is bound to be a hit. 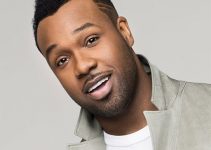 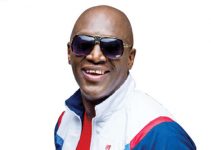