Dunsin Oyekan, a worship leader and songwriter who recently produced a song titled “Finger Of God” in response to testimonies he received from friends and fans who had survived serious car accidents, posted the testimonials on Instagram.

It was written in an email to the singer, “As I journeyed night, I felt in my spirit to continually blast Finger of God…” There were no casualties. Christ be praised!

The car that was involved in the accident was burned beyond recognition in the footage that the minister of gospel music posted online.

Dunsin Oyekan reflected on these testimony when he penned, “THE TESTIMONY OF JESUS IS THE SPIRIT OF PROPHECY!” There have been a lot of miracles averted from auto accidents recently. All praise and thanksgiving for this miraculous deliverance go to God alone.

A buddy of mine wrote me a message about how God saved his wife from a car crash yesterday, despite the fact that the car was completely destroyed in the incident. I received a similar witness of God’s deliverance from another fellow. Even though both he and his automobile were burned to the ground, he and his wife are fine.

The Finger of God points in this direction. Even though Devil Dey para this season, he’s perpetually late. 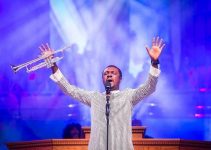 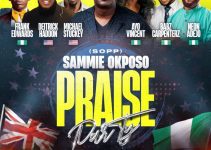 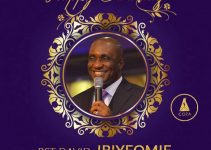 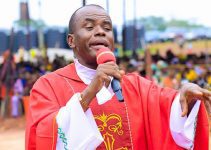